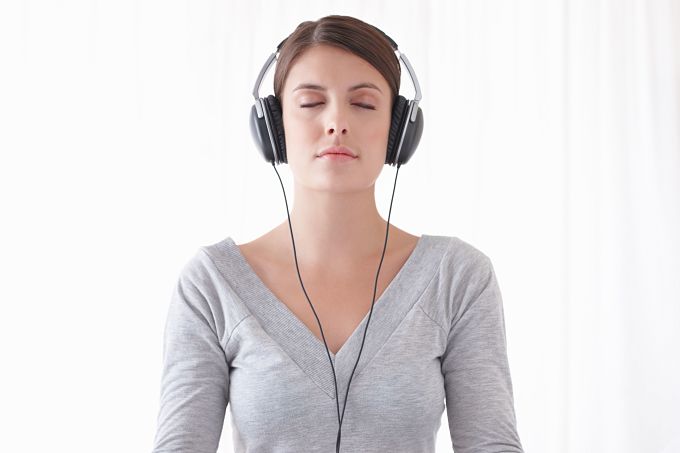 Yes you did read that right – scientists have now come up with a way (they think) to treat depression with the help of a bit of sound therapy. It makes sense when you think about it right? We perform sound therapy at home all the time. With the touch of a button we can put on happy music or sad music to help boost whatever mood we happen to be in at the time. There’s already a link between music and mood. Why shouldn’t there be a way in which you can treat depression and other related conditions with a bit of sound?

It’s not just music, of course. It get’s a bit more complicated than that. There are certain frequencies of sound that are said to evoke a reaction from the brain. These sound waves are waves that are just higher than what we can make out so technically, you don’t hear them, but for thirty seconds at a time, these sound waves will work their magic on your mind and reduce the levels of anxiety that you feel, take away those feelings of anger and sadness, and generally leave you in a much more relaxed state of mind.

The sound waves themselves are directed towards the right part of the brain to ensure it affects the part that will take over your mood. The neurons or brain cells, are sort of forced into a happier state, causing you to be in a much happier mood. The limbic system is just one of the areas they’ll focus on – this is the part that controls how you are feeling.

According to statistics, around one in five of all Brits are suffering with depression and the amount of antidepressants being handed out is out of this world. In fact, it has reached levels highs. For the most part, these drugs help to control the hormones released in the brain. All the time you take them, your hormones are controlled but when you come off of them, they could go back to the way they were before. This means that a longer-term treatment needs to be found, and sound therapy for depression could be just the trick.

This isn’t exactly new science either. For years we’ve known that certain ultrasounds can evoke a reaction from various parts of the brain, normally through exciting them – stimulating them, and causing them to vibrate. Doesn’t it make perfect sense to learn how to manipulate those cells in the brain for the better?

Of course, the scientists in the know are still working on making this a breakthrough new treatment for depression and other similar mental health conditions. In the meantime, there’s nothing wrong with using the same thought process at home. When you are feeling low; when the symptoms of depression really feel as if they are gripping you, put your headphones in, go for a walk around the block, and put on some really uplifting tunes. There is nothing better for boosting your mood, we promise you!