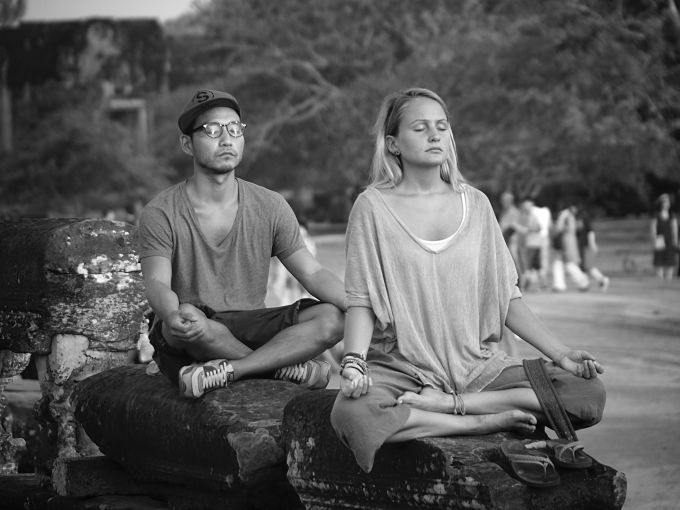 It sounds like a totally made-up word, doesn’t it? But it is a real thing – transcendental meditation is a simple form of meditation that you do twice per day, for twenty minutes each time. That’s not quite so much time out of your day. Surely you can set your alarm twenty minutes earlier if it means having a cheerful disposition, right?

Known as the pure technique of transcending – a state of complete alert consciousness, while at the same time, finding that state of relaxation that meditation is well known for. Not just a bunch of mumbo-jumbo, there have been numerous studies into how well it works and the reported health benefits it can have, and it definitely pays to find out more if you have a habit of suffering with Seasonal Affective Disorder (SAD) or the winter blues.

You’ve got a whole bunch to report from improving the brain response to stress (and pain) to reducing the chances of you getting heart failure. Plus, studies have shown that it can help to reduce the risks of post-traumatic stress disorders in serving soldiers, assist children so that they learn faster and for longer, helps to lower stress levels, reduce anxiety, and even lift the mood when depression has reared its ugly head. There have even been proven reports that this type of meditation can relieve the suffering symptoms of insomnia. Aren’t these a lot of the symptoms that you get with SAD?

Believe it or not, this kind of meditation has actually been around for about five thousand years but in the 60’s, The Beatles started this ‘hippy’-like lifestyle that really brought meditating, and to be more exact transcendental meditating, to the very public eye. These days however, it is seen as hip and trendy as yoga than as hippy-ish as meditation. Seinfeld even went as far as to say it was like plugging your phone in at night and giving it a boost. That’s really how good transcendental meditation can be for you.

How Does Transcendental Meditation Work?

Now let’s get to the science-y stuff. TM or transcendental meditation can help you reduce the cortisol levels in the body. This is the hormone responsible for causing stress. When the hormone is released, you are less likely to suffer from stress. When you feel really stressed out after a hard day at work, or are having a rough night because all you want to do is sleep and the kids are playing up, TM could be just the thing to help bust you out of those winter blues.

With celebrity followers such as Oprah Winfrey, Russell Brand, and even Rupert Murdoch, it does appear to do just the trick for those that ever suffer from stress, anxiety or depression, and this goes hand in hand with conditions like SAD. Plus it doesn’t hurt to try it, does it? Who knows how much difference twenty minutes twice per day could make to your life. You won’t know until you try.