Run To Beat The Winter Blues 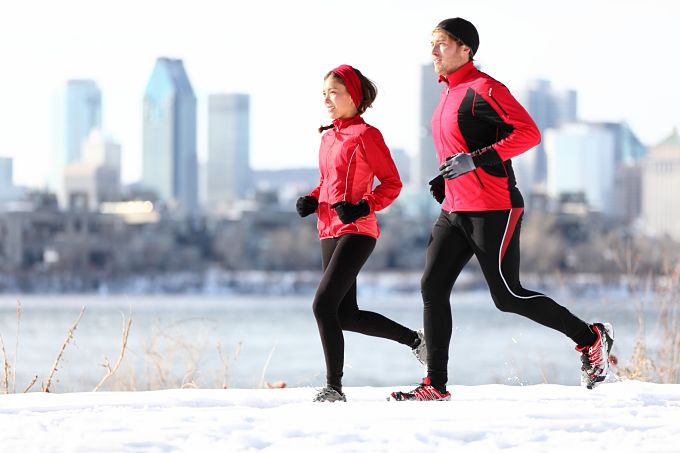 If you’re feeling a little sluggish lately, and with no motivation to leave the house on your days off from work, you could be suffering with something called the winter blues. It’s getting to that time of year again, isn’t it? The clocks are going to change soon, and it’ll start getting darker much earlier. The nights are filled with rain and shivering, and it’s making you feel like trash.

The last thing you want to do is go for a run.

Why should you be running?

Sadly, as much as you might hate to admit it, exercise is one of the greatest things to boost your mental health and with conditions such as depression and SAD, a spot of sweating could be just the thing to bring you out of your cold slump.

It’s going to take every ounce of energy you’ve got to throw on your track pants and running shoes and head outside. It’s too cold for a start. Just remember this though – it might be cold when you start off but once you’ve been moving for a while, things will soon start to heat up. It doesn’t even need to be running either – anything you can think of to get the blood pumping is a great start, from walking to work instead of taking the car and taking the stairs rather than the elevator, to going for a 5km run on a Sunday afternoon in your local park.

If you need a little helping hand, why not check out one of the many health and running applications you can now get on your smart phone? There are some weird and wonderful ones out there but some of them are uniquely genius in getting you to go running. The iPhone, for example, has the fantastic Moves app that works with the built-in applications, and measures how many steps you do per day. It’s pretty accurate too. You should aim to do 10,000 steps per day if you want to keep yourself fit and healthy…

How do you know whether you’re doing enough?

There are even applications which can remind you on a daily basis (or less/more regularly than that) to get your dose of exercise. We’ve even found an amazing application that mimics you running in the midst of a group of zombies to give you the motivation to run that little bit faster, longer, harder!

Of course, you could always go for the more traditional route of grabbing yourself a running buddy and sticking a timetable to the fridge. Who said technology rules?

Running is one of the greatest exercise you can do. You can start off by walking and head up from there and it’s a great way to get the blood going, lose a few pounds, keep your body and mind healthy, keep your circulation flowing, and more. Science has shown that walking, jogging and running is really good for your health. Why aren’t you doing more of it?

Technically, running is a good way to show your brain and your mind that they are wrong. You can do it. Your negative thoughts aren’t going to stop your progress. It’s like sticking two fingers up to the winter blues and who doesn’t love doing that?