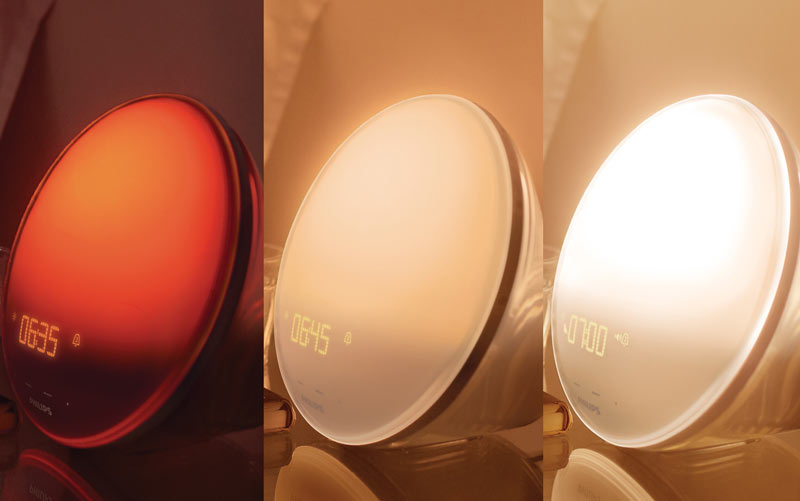 When you consider that a lack of sunlight is the root cause behind SAD, you can understand why many people are taking to using specially designed lamps to get the urgent vitamin D boost they so desperately need. However, dawn simulators are starting to steal a bit of the SAD treatment limelight. We thought we’d have a closer look.

The Benefits of Using Dawn Simulators for SAD

Dawn simulators have been shown to bring with them a whole host of positives. You are gently woken to light getting brighter, designed to mimic what would happen if you woke up to the sun shining in your bedroom window, and the body reacts in such a way that your mind starts to wake up slowly before your eyes eventually open.

In theory, it should lead to you not waking up quite as groggy and exhausted as you do, and when tested with various sufferers of sleep disorder, it appears to have helped considerably. Study subjects reported improved mood and well-being, differences that were sustained all day.

When you try to wake up before it is light in the morning, such as those cold winter mornings, your brain starts to produce melatonin to try and make you sleepy again. This melatonin can also make you grumpy and depressed and in actual fact, too much melatonin has said to have been linked to seasonal affective disorder and winter blues.

When you set a dawn simulator to go off around half an hour before you need to get up, studies have shown that your melatonin levels keep lower, ensuring that you wake up feeling more alert, and also wake up in a much better mood than you normally would.

It would seem that the benefits are starting to weigh up – you’ve got the regulated melatonin levels, plus the happier mood in the morning because you are not being dragged from your slumber by an irritating alarm clock.

As well as regulating melatonin, the dawn simulator can also help with serotonin levels too. When you suffer with depression or the winter blues, your serotonin levels appear to drop, and it is generally this that will lead to the feelings of fatigue, exhaustion, irritability, and even insomnia.

When you think about it, everyone could do with being a bit perkier first thing in the morning and when you consider that the way you wake up will generally determine the rest of your day, you can understand why every little helps at that point of the day. When you wake up happier and calmer, your mood is going to reflect as such and as we’ve said before; it’s much harder to be grumpy when you wake up in a better mood!