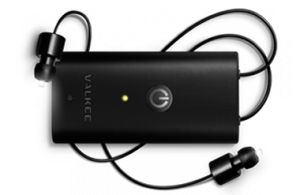 Light therapy is the most commonly used treatment option for Seasonal Affective disorder (SAD). The results of big, randomized placebo – controlled studies have shown its effectiveness, and many people around the world got a great benefit from it. The light therapy is usually applied through the lightboxes, the panels that emit the bright light in order to mimic the effects of sunlight, so the patient is supposed to sit in front of the lightbox and look at it for prescribed amount of time every day.

Photosensitive Proteins in The Brain

Recent studies emphasize that not only the eyes are photosensitive, but also the brain. The researchers got the idea to start the investigation by examining some animals in which the skull is transparent so the light reaches the brain. Namely, the brain tissue contains photoreceptors in the form of photosensitive proteins such as melanopsin and panopsin. There are so far 18 places in the brain where these proteins were marked. It is scientifically proven that light administration via ear channels improves the integration and functional connectivity of the neural network in the brain.

Investigation of Light Therapy through Ears

Researchers from University of Oulu, Finland, investigated the effects of light transmitted to the human brain via the ear channel. The results were published in medical journal called Medical Hypothesis. The patients received 6 – 8.5 lumen (the measure of amount of visible light) during 8 -12 minutes every day for 120 days. Valkee Ltd. was the first to develop the device for ear administration of the light called Valkee, and it was used to provide light therapy in this study. The results were amazing, as more than 90% of patients achieved full remission (complete elimination of symptoms), according to self – conducted questionnaire. The participants who received lower doses of light reported the significant improvement of mood and anxiety relief. However, the study included only 13 patients, which is too little to provide strong evidence of efficacy. Light delivered right to your brain!

Another, more recent study involved 89 participants divided in 3 groups. They received different doses of light therapy through ear channels for 12 minutes every day, and the effects on anxiety and SAD symptoms were measured using three standard questionnaires. The results have shown significant improvement of symptoms.

Valkee device, at first sight, does not differ much from an mp3 player with earbuds, but instead of playing music it emits bright light to your brain through your ears. It is estimated that 10 minutes of daily use would be enough for the treatment of winter blues.

There are very opposite opinions about the effectiveness of ear administration of light therapy. It seems that there are some scientific bases to presume that light therapy through ears would work, but some scientists do not agree with that. Valkee made a breakthrough in this field, although the effectiveness of this device was not confirmed in placebo – controlled studies. Manufacturers of Valkee claim that remission in more than 90% of patients could not possibly be the placebo effect. Both studies mentioned above were supported by Valkee Ltd., and they were also involved in study design, so there is obviously the need to consider a possible bias.

At this moment, the light therapy administered via lightboxes is the most preferable method for the treatment of winter blues. The application of light therapy through ears would definitely be the easier and more convenient option, but we do not have enough evidence of its effectiveness. Persons suffering from SAD can either try it or wait for more relevant information from randomized, placebo – controlled studies. The good side is that this therapy is not likely to cause any side effects, so if it doesn’t work for you, you can always get back to the old good lightbox.