Could 5-HTP Be The Answer To Seasonal Affective Disorder? 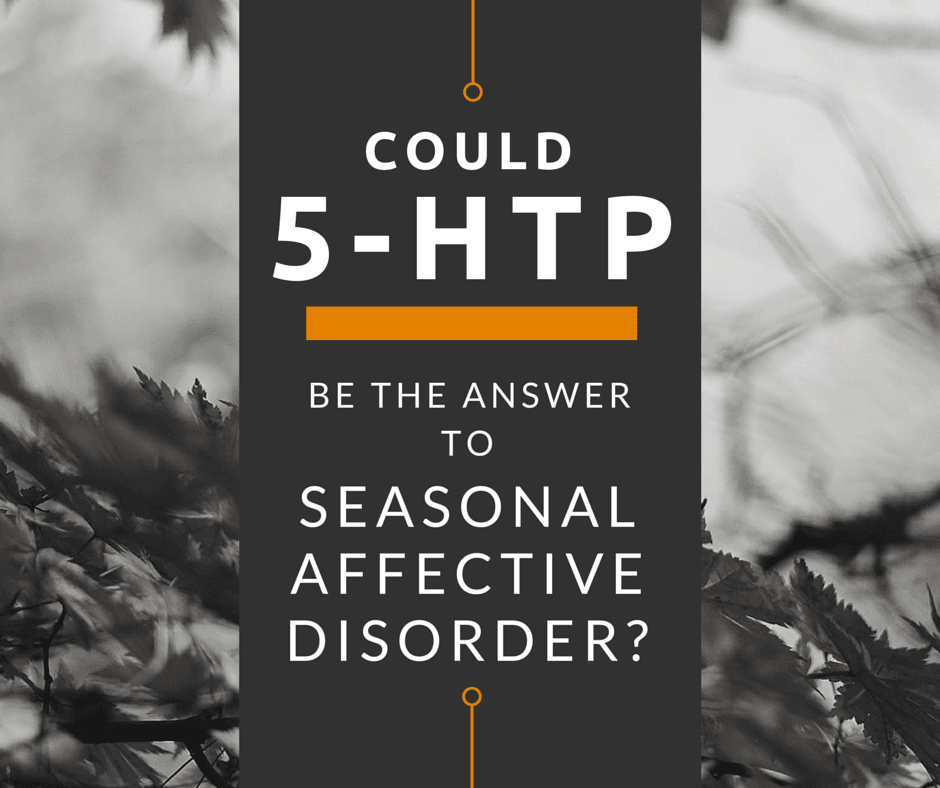 [vc_row][vc_column][vc_column_text]There has been talks of the chemical compound 5-HTP being effective in treating Seasonal Affective Disorder for years although ongoing studies still seem to have a problem relating good news. Not commonly used within the NHS and in fact, not even available on the NHS, it seems to be an alternative treatment that you can even sort out yourself with the help from local health food shops and supplements.

See this is the first thing you should know about 5-HTP – doctors generally won’t recommend it to patients suffering from ANY medical condition because it hasn’t been shown to be one hundred percent safe. There are side effects from taking it and although it does naturally occur in some foods that we eat every day, theories would suggest that it works as more of a placebo effect than anything else.

There is some sense behind the rumours when you look a little closer. The compound itself is one that does naturally occur in the body and is even found in foods like turkey and also cheese. What happens when it enters the body is that it is broken down into another compound called serotonin. Now, when you’re looking at Seasonal Affective Disorder, serotonin seems to feature quite highly. In sufferers of the condition, the serotonin levels are lower than those that are not affected by the condition and this in turn would suggest a link.

In theory, when you increase the 5-HTP you have in your diet, either by way of food or by looking at supplements, the body can break it down into more serotonin. Many researchers and studies have suggested that a deficit of serotonin is responsible for mood changes and behaviour and to be more specific, depression, stress, anxiety, SAD, etc.

Not just that, serotonin has also been shown to play around with your libido, digestion, appetite, sexual performance, sleep patterns and more. In short, the less you have of it, the worse your mood, appetite and sex drive, so the more you have it, the better your symptoms will get.[/vc_column_text][vc_single_image image=”954″ border_color=”grey” img_link_target=”_self” img_size=”full”][vc_column_text]

There is a definite link between serotonin and depression and other mental health concerns but what the scientists haven’t pinpointed as yet is which way the effect goes. They know that there is a link but they don’t know whether reduced serotonin means depression, or whether the mental health problems themselves cause the serotonin levels to drop.

Studies have also shown that a healthy and balanced diet will actually give you all the 5-HTP you need to be fit and healthy. Foods that contain it include things like eggs, fish, beans and meat. These are things that you would normally eat fairly regularly with any balanced diet plan.

Getting down to the heart of the matter and the real question is does 5-HTP actually work to effectively alleviate the common symptoms of depression, SAD, stress and anxiety by increasing your serotonin levels?

Some studies do support this theory but in reality, the evidence is not yet enough to provide an answer one way or the other. There have been some results to show that it might work as an appetite suppressant which again, can work for SAD sufferers as they will tend to eat more during the colder, more depressing months.

Side effects of 5-HTP

Sadly, taking 5-HTP may come with some side effects and not all of them will be good ones. There have been cases of people getting EMS or eosinophilia-myalgia syndrome which is a fairly serious blood abnormality condition but these are believed to be down to accidental contaminants in the products rather than the compound itself.

If you are on antidepressants already, you CANNOT take 5-HTP because it will interact with then. Tramadol is another one you will probably want to seek medical advice on. In fact, it is advisable to speak with your GP before you start taking supplements for 5-HTP so you can be sure you won’t cause any drug interactions. The last thing you will want is to make yourself very sick in the hunt for making yourself feel better.

Although some studies have shown that 5-HTP can help with those suffering with depression, there isn’t a strong enough link to suggest using this as a treatment. Supplements can be purchased from health food shops but before you start taking them, we would strongly advise you have a chat with your doctor first. Just to be on the safe side!